Meet the Chair of the Politics Committee

Chair of the Politics Committee

Avinnash Tiwari is an Instructor in English and Composition and currently serves as the Acting Director of the Black Studies Program and Minor. As Politics Chair for UAUO, VP of Political Action for AAUP-OR, and a member of AAUP National’s government relations committee, Avinnash’s commitment will always be first and foremost to students, especially students marginalized from (higher) education.

In order to make freedom dreams for higher education a reality, Avinnash works on securing funding for our University, protecting Academic freedom, advocating for faculty voices in state and institution decision-making, developing strong relationships with our State legislators, Labor comrades, and other government relations constituents, and holding the State and its higher ed institutions accountable to their student-centered mission.

Avinnash does this knowing full well when it comes to power writ large, the more things change the more they stay the same. He is, however, grateful for the students and young people who continually challenge him to fight for something different when it comes to both our Political and political lives here at the UO.

The Higher Education Coordinating Committee oversees public higher education in Oregon. Learn what they do.

Even with a minor tantrum, i.e., a mini walk-out, things are chugging along in virtual Salem, lobbyists are lobbying, special interests are special interesting, folks are finding their Bills and causes they’re gonna fight for. We’ve got no major fights or challenges on the horizon.

On the University side of things, the Part-time Faculty Healthcare Bill is moving along, as is the permanent Faculty voting rights bill in the HECC, two bills championed by AAUP-OR and AFT-OR interrupted by last session’s major walkout. We’re keeping keen eyes on bills that would affect faculty input in a potential transfer council to get some previous legislation on transfer credits cleaned up and running smoothly; unions’ ability to arbitrate without losing our shirts; and of course, money. Yes, surprise, we had more money than we thought. Yes, surprise, the damn kicker will wipe out a huge chunk. The thing is, we gotta wait. For the Feds. For May (another forecast). We here at the UO still have Fed dollars waiting to be allocated. Enrollment? Quick side note on State money, this blog is my second-favorite blog.

Sometimes it nice to take a breath when one can. Right now, nothing much to report worth getting into. Soon, we’ll have a better idea of what bills will actually have a shot of making it to the summer. I’ll have a list for you later on when there won’t be too much to scratch off. Yea, there’s lots a bills. Along with colleagues from across the state, we’ve gone through a couple hundred bills pertaining to University and faculty matter for AAUP-OR, in conversation with our administration’s lobbyists and our comrades at AFT-OR, other partners in Education, and legislators. All the AAUP-OR locals then review them and endorse them. We’re on our fifth batch of bills so far…

And yep, there’s lots of bills I could make fun of. But they’re not going anywhere and they’re stupid for a reason. I gotta say though, there were a whole lot of “reactive” legislative concepts and bills out there. Reacting to the walkout, reacting to election fears, reacting to the same old fears (redistricting, er, gerrymandering, er…), reacting. Rep. Marty Wilde gave us a long list of Bills worth looking at simply because they could easily be the start of some really thoughtful conversations about how we truly value our resources and thus one another. But y’all know I’m a cynic. But we’ll keep at it and try, if nothing at all, to keep the shenanigans at bay…

Fortunately, we’ve got some good folks on our side:

Education Committees in both the House and Senate.

And when it comes to it, we’ll probably need to hit up Ways and Means folks, i.e., the money.

I’d say hit up Gov Brown, but she doesn’t like us very much, because we (UAUO hat on) dared point out how the Board of Trustees structure has time and time again failed our faculty, staff, and students. And no, nothing exciting legislative-wise that would put caps on upper admin salaries, lower tuition for our students priced out of higher ed, and finally, finally, finally, make Athletics big shots not so big anymore by paying athletes and contributing to educational missions.

United Academics works with our affiliate, AFT-Oregon, to handle political donations our members want to make. AFT-Oregon is a member-run union and the candidates and causes they support are selected by elected committee members.What is the Political Action Fund?AFT-Oregon’s Political Action Fund (PAF) is part of the political action arm of AFT-Oregon. It builds our union’s power and makes sure we have a strong voice to advocate for educators and educational professionals, and our communities.PAF makes politics work for educators and working families by:

Why Political Action?As workers and educators, AFT-Oregon members fight for fair wages and benefits, respect on the job, and an education system that lifts up our whole community. Education policy and funding is decided by our legislators and on the ballot. This directly impacts what we can get at the bargaining table and the quality of our students’ education.Anti-worker and anti-public education corporate forces have deep pockets to push their agendas on working Oregonians. If everyone steps up and contributes what they can, together we have the power to ensure a voice at the table.How it works:

If you are interested in contributing to the Political Action Fund, contact the office so we can get you a PAF card.

In most cases, you can register to vote by filling out an online form. You can also download, fill out, and mail in a paper form.

72,000 people. 500 different job descriptions. In every corner of the state, we care for Oregon.

The labor union representing over 1,500 Graduate Teaching Fellows and Research Assistants at the University of Oregon.

Eugene has many outstanding community services, charities and organizations that help people in need. If you need a helping hand, or would like to extend one, please look into the following organizations.

Providing community education, outreach, advocacy and support to survivors of sexual violence and their families.

Womenspace has been providing safety, hope, and healing to survivors of intimate partner violence for over 40 years.

The mission of the NAACP is to ensure the political, educational, social, and economic equality of rights of all persons and to eliminate race-based discrimination.

White Bird Clinic provides compassionate, humanistic healthcare, and supportive services to individuals in our community, so everyone receives the care they need.

Food for Lane County is dedicated to reducing hunger by engaging our community to create access to food.

Trans*ponder provides support, resources, and education for the trans/gender diverse community and its allies.

Volunteers In Medicine is a primary care medical clinic for low-income, underserved adults and their households in Lane County who can’t afford health care coverage.

When you're a member of United Academics you are also a member of the American Federation of Teachers and the American Association of University Professors. Both come with membership benefits, but perhaps the best benefit is knowing that you are part of a union family literally millions strong! 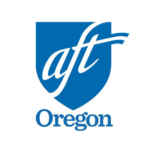 AFT-Oregon is the state affiliate of AFT. AFT-OR represents more than 12,000 workers statewide. 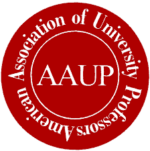 The American Association of University Professors

The AAUP was founded in 1918 to defend academic freedom. 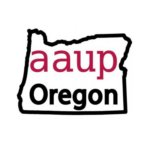 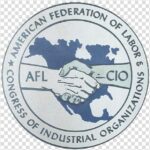 The AFL-CIO is the umbrella organization for 56 national and international unions. 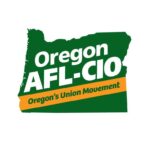 The state affiliate of the AFL-CIO.